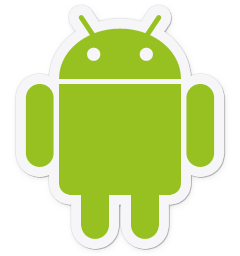 With the glut of Android apps that are popping up on the market, a new user trying to look for the best and the brightest among the hundreds of choices would have a difficult task ahead of him. This is primarily the reason why we took the effort to list what we believe are the four most useful Android apps available right now. Download these apps and get ready to rock your smartphone.

We also feature the best deals and products from the Kindle Store on Amazon. See the sidebar for our latest reviews, or click on a casinoadvice to see all reviews in a specific category.

Hopstop [free] ranks among the best Android apps for navigating the urban landscape of more than 70 metropolitan areas around the world. The app has its roots in New York, but due to popular demand, it quickly grew to include more and more cities all across the United States, even expanding into Canada and Europe.

The app is excellent for finding the most efficient way possible to go from point A to point B. If you want to take a leisurely walk across town, or ride the subway, or drive yourself to your destination, Hopstop will get you there. You just need to tell it where you want to go and how (bike, bus, train, subway, etc.) and the app will produce a set of directions that even a zombie could follow.

Widely considered among users as one of the best new Android apps when it comes to accessing and reading your news feeds. Flipboard [free] was originally available only for iOS devices, but the developers felt that Android users should also get the opportunity to enjoy the smooth presentation and good-looking interface of Flipboard.

We’re aware that there already is a wide selection of news readers in the Android app market, but the fact that Flipboard was welcomed so enthusiastically by its new fanbase spoke volumes about the current level of quality of the competition. Indeed, it seemed like Android users have been waiting for Flipboard all along.

If you’re looking for an app that lets you organize and sync your Exchange-based Outlook data from your computer to your mobile device, then we recommend taking a close look at Touchdown [30-day trial]. This Android app packs so much functionality into a simple, user-friendly package that it can automatically serve as a “one-stop shop” for tidying up your emails, contacts, calendars, and tasks.

A lot of users say that they would pay for Touchdown just for its email capabilities alone. When you consider that the app also allows you to perform several other tasks that you would otherwise need three more apps to accomplish, then you will begin to understand the power that Touchdown puts into your hands.

When we say that Tasker [$6.49] is one of the best paid Android apps in its genre, we mean it. We’re not exaggerating, either; Tasker is simply the ultimate go-to application when it comes to automating your Android device. The app is so powerful that it can actually replace more than two dozen other apps that have one specific purpose only. This alone makes the measly $6.49 price tag even more worthwhile.

The amount and variety of tweaks that you can do with Tasker is simply amazing, and therein lies the app’s power. Simply put, the app allows you to do perform different sets of tasks depending on different contexts. The amount of tasks you can set it to do is too long for this list, but here’s a general list:

A friend once showed me his Tasker setup wherein he has programmed the app to automatically record phone conversations, run his music app every morning at 6 o’clock to wake him up, and send him a message through SMS to remind him of important occasions two weeks before they happen. We’re pretty sure that experienced users of Tasker can come up with even more sophisticated setups than this basic example.

This is just a short list, but don’t worry; we will be posting more updates and reviews as more Android apps become available in the market. In the meantime, why don’t you check out our latest reviews below?